The Simpsons: Tapped Out Treehouse of Horror XXXII content update

This article is about Treehouse of Horror XXXII content update. For other Multi-Events, see TSTO Multi-Event Content Updates.

"Mr. Burns and Professor Frink have teamed up to give us some DNA-Dinos, and when has the combo of unfettered wealth and questionable ethics ever led us astray? On a totally unrelated note, cloned reptiles are suddenly battling armies of future tech-wielding Springfielders, human-animal hybrids, and giant animated corporate mascots. Wait, could those two things be connected? Log on to find out!"
―Event description on app store. 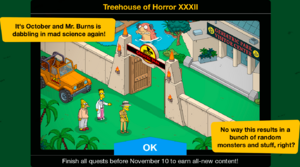 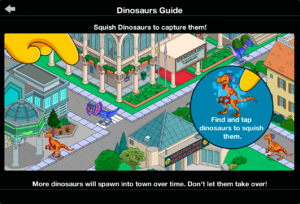 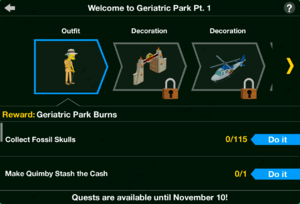 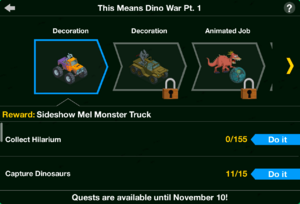 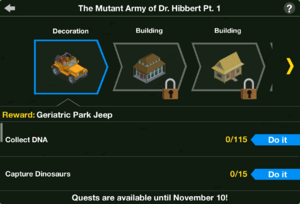 The Mutant Army of Dr. Hibbert